Tesla and Spacex CEO Elon Musk says that dogecoin has potential as a currency. However, his Twitter buyout deal has been put on hold “pending details supporting calculation that spam/fake accounts do indeed represent less than 5% of users.”

Elon Musk Says Dogecoin Has Potential as a Currency

Tesla CEO Elon Musk has made another bullish statement about the meme cryptocurrency dogecoin (DOGE) despite massive sell-offs across the crypto market.

Musk affirmed that dogecoin “has potential as a currency.” His tweet was in response to a comment by dogecoin co-creator Billy Markus, who said that the reason he likes the meme cryptocurrency is because “it knows it is stupid.”

The Tesla CEO’s tweet reiterated his earlier statement that DOGE is the best crypto for transactions. In contrast, he said bitcoin is better suited as a store of value. Musk, who is known in the crypto community as the Dogefather, also said that dogecoin is “the people’s crypto.”

A longtime supporter of DOGE, Musk tweeted in April 2019: “Dogecoin might be my fav cryptocurrency. It’s pretty cool.” The Tesla boss also revealed that he personally owns dogecoin in addition to bitcoin and ether.

The Tesla boss has offered to buy Twitter for about $44 billion, which the social media company accepted. Since then, he has been discussing various ways to improve the platform

However, Musk announced Friday that his Twitter buyout deal has now been put on hold, tweetin

Nonetheless, he added that he is “Still committed to [the] acquisition

One of the biggest problems he’s trying to solve concerns cryptocurrency spam bots. Musk called it the “single most annoying problem on Twitter.” Shark Tank star and the owner of the NBA team Dallas Mavericks, Mark Cuban, has suggested using dogecoin as a solution to solve the Twitter spambot problem. Musk responded by saying it is “not a bad idea.” He also indicated that dogecoin might be accepted for the Twitter Blue service 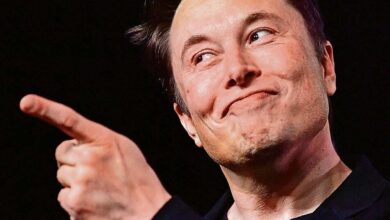